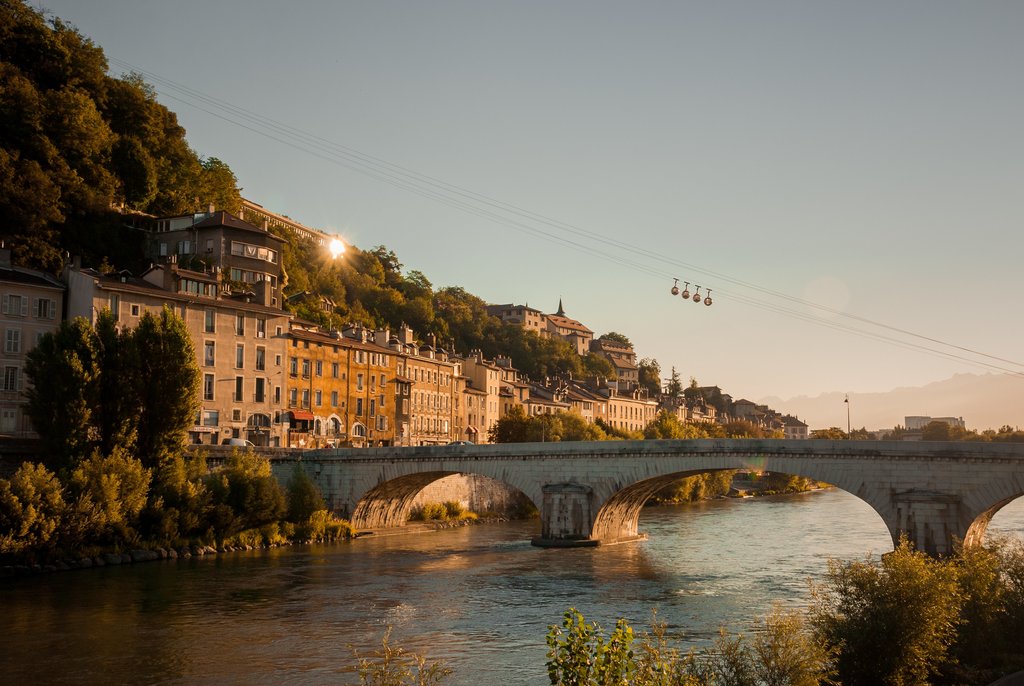 Nowadays finding an external API in order to improve your service is getting easier and easier. More and more companies offer APIs. Problem is many developers/CTOs start the API integration right away while it should be the very last step! Before that you need to figure out whether the quality of this API matches some minimum requirements. Let me tell you how I do it. I hope it will help other CTOs and developers.

A lot of APIs expose data in order for you to enrich your system (this is not always the case of course, Stripe is not an enrichment API for example). This is essential that you check the quality of those data. It will take you a long time and I know you do not like testing! Neither do I but you cannot avoid building a serious test scenario here. If you realize data quality was not good enough only 2 weeks after finishing your API integration, trust me you’ll regret it…

I recently fell upon an API which exposed great data (much better than his competitors in my opinion), but its documentation was… awful! Actually it almost did not exist. In addition to that it did not always respect the basic REST standards. How can you possibly integrate an external API if error codes are not properly documented ? Well the only solution is for you to test again and again in order to understand how things work behind the hoods. Reverse-engineering might be fun but it takes a lot of time. Remember you have no Github repo to explore here since source code is not available… Bad documentation is a lot of time lost for the devs and certainly bad surprises in the mid term.

Can you consume the API with special libraries in your favorite language ? As a Python and Go developer I’m always glad to see APIs offering a Python lib (I know I can forget about Go for the moment). It can save you quite a lot of time, but first make sure the lib is mature enough and covers all the API features (not always the case).

Reputation of the vendor

Reputation can help you find out whether you’ll have bad surprises with your API in the future. By bad surprises I mean service interruption, features regression, or even end of the service… You can partly tackle that by asking yourself the following questions:

Make sure someone answers you quickly by email when you have an issue and the answer is relevant. If you’re based in Europe and the API is run by an American company, check whether time difference is not too much of a problem.

In my humble opinion, you choose only RESTful APIs today. If the API you’re in love with do not respect the REST standard, be suspicious. But keep in mind that it’s not perfectly clear what the REST standard is about, and each API implements its own rules (HTTP codes, POST requests encoding, …). Still, have a close look at the docs, and check that you do not see something original. Originality will slow you down…

QoS is highly important. Basically you want the API to go fast and have as little downtime as possible. Unfortunately this is not an easy to test point. Indeed QoS may vary a lot over time, and many APIs offer 2 levels of QoS depending on whether you’re using the free version of the API or you paid for it… Sometimes you can also choose between different subscriptions with different levels of response time.

Depending on how you’re planning to integrate your API, you might want to speed things up by making multiple parallel queries to the API instead of using it sequentially. Personally I’m using Golang for that most of the time. If so be careful: many vendors do not support parallel queries, and when they do they always set up a limit. In that case make sure to ask them what this limit is (not always told in the docs) and adapt your script based on this.

This post will be a good memo for me. I hope for you too!

APIs are everywhere today. Imagine you want to find business prospect information based on an email. Well there is an API for this. Need to geocode an ugly postal address? There is an API for that. Would you like to make a payment ? There are multiple APIs for that too of course. As a developer I am regularly fetching external APIs using either Python or Go. Both methods are quite different, let’s compare them here on an edge case: JSON data sent through a POST request body.

Recently, I’ve used the NameAPI.org API, dedicated to splitting a full name into first name and last name, and determine gender of the person.

Here is the JSON data we want to send:

We could do this pretty simply using cURL:

And here is the NameAPI.org’s response (JSON):

Now let’s see how to do this in Go and Python!

As you can see we’re facing 2 painful problems with Go:

The jsonString input is already a string here. But for a proper comparison with Python, it should have been a struct that we would have turned into a string. I just did not want to make this script too long for the blog.

The Python Request library is an amazing library saves us a lot of time here compared to Go! In one line, resp = requests.post(url, json=payload), almost everything is done under the hood:

Decoding of returned JSON is also a one-liner: resp_dict = resp.json(). No need to create a complicated data structure in advance here!

Python is clearly the winner. Python’s simplicity combined with its huge set of libraries saves us a lot of time of development!

We’re not dealing with performance here of course. If you’re looking for a high-performance API fetcher using concurrency, Go could be a great choice. But simplicity and performance are not good friends as you can see…

Feel free to comment, I would be glad to here your opinion on this!

I’ve been developing Python web scrapers for years now. Python’s simplicity is great for quick prototyping and so many amazing libraries can help you build a scraper and a result parser (Requests, Beautiful Soup, Scrapy, …). Yet once you start looking into your scraper’s performance, Python can be somewhat limited and Go is a great alternative !

When you’re trying to speed up information fetching from the Web (for HTML scraping or even for a mere API consumption), 2 ways of optimization are possible:

Parsing can be improved either by reworking your code, or using a more efficient parser like lxml, or allocating more resources to your scraper. Still, parsing optimization is often negligible compared to the real bottleneck, namely network access (i.e. web page downloading).

Consequently the solution is about downloading the web resources in parallel. This is where Go is a great help !

Concurrent programming is a very complicated field, and Go makes it pretty easy. Go is a modern language which was created with concurrency in mind. On the other hand, Python is an older language and writing a concurrent web scraper in Python can be tricky, even if Python has improved a lot in this regard recently.

Go has other advantages, but let’s talk about it in another article !

I already made a short tuto about how to install Go on Ubuntu.

If you need to install Go on another platform, feel free to read the official docs.

Our scraper will basically try to download a list of web pages we’re giving him first, and check it gets a 200 HTTP status code (meaning the server returned an HTML page without an error). We’re not dealing with HTML results parsing here, since the goal is to focus on the critical point: improving network access performance. It’s your turn to write something now !

This code is a bit longer than what we could do with a language like Python, but as you can see it is still very reasonable. Go is a statically typed language, so we need a couple of more lines dedicated to variables declaration. But please measure how much time the script is taking, and you’ll understand how rewarding it is !

We chose 10 random urls as an example.

Here, the magical keywords enabling us to use concurrency are go, chan, and select:

We could have made this scraper without any channel, that’s to say create goroutines and not expect a message from them in return (for instance if every goroutine ends up storing information in database). In such a case, our main goroutine can perfectly end while some goroutines are still working. This is possible because main does not block other goroutines when it stops. But in real life it is almost always necessary to use channels in order to make our goroutines talk to each other.

Here speed is our goal. This is not a concern because we’re scraping all different urls. However if you need to scrap the same urls multiple times (like in API consumption for example), you’ll probably have to stay under a certain number of requests per second. In this case, you’ll have to set up a counter (maybe we’ll talk about it in another article !).

Have a nice scraping !

Here is a little memento for those who wish to install Go (1.9) on their Ubuntu machine (17.10). As a reminder, Go is a compiled language, meaning no need to install Go on the machine where your application will run.

Then create your app:

And put the following code in it (display a mere Hello World):

If everything went well, an executable has been created inside a new bin folder. Run it:

Finally you should get:

In order to understand the differences between go install, go build, and go run read this. And if you cannot or do not want to install Go on your machine, have a look at this Docker image.

Here we are, I’m taking the plunge. I’ve been considering creating a blog for a while. I really wanted it to be multilingual, which made me ask to myself a couple of technical questions about language handling. As a developer I think this blog will be beneficial.

Most developers anticipate that they don’t have enough experience in order to publish on the web. This is very humble but not always correct! IT development is such a big world that we always find people who are more beginner than we are in any field. Those people are relieved that others faced the same issues before them and put it simply.

I am stunned by how difficult it is to find local content in the IT world. I know English has become the Lingua Franca in this regard but so many people are not fluent enough when it’s about parsing English-speaking blogs efficiently. It’s a shame that skilled and motivated future devs face this barrier (English cannot be learnt overnight…). Defending local languages is important!

OK I must admit that internationalizing a web app is a lot of additional work, and existing localization tools are hard to use IMHO (but let’s talk about that in a future dedicated post), so I understand that everyone wants to avoid it.

It appears that writing the technical problems you faced in a blog helps structuring your mind and understand concepts better. Let’s see that ! But it is true that this is my main motivation when writing documentation: docs help me remember new concepts much more easily. We must see the blog as another good documentation tool!

Here we go. A quick quote about the above:

Once you get things properly you are able to put it clearly to others.